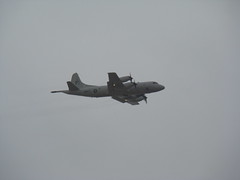 Pakistani military’s use of extremists to target India has backfired

Brookings – The struggle for control of Pakistan ”“ soon to be the fifth most populous country in the world with the fifth largest nuclear arsenal ”“ intensifies every day. The outcome is far from certain. The key player, Pakistan’s army, seems dangerously ambivalent about which side should prevail: the jihadist Frankenstein it created or the democratically elected civilian government it despises.
Soldiers hold onto one another while riding in the back of a patrol truck through Dawazai, located in Mohmand Agency along the Pakistan-Afghanistan border June 1, 2011.

The American commando raid that killed Osama bin Laden on May 2nd accelerated the struggle underway inside Pakistan to determine the country’s future. Contrary to some assessments, Pakistan is neither a failed state nor a failing state. It functions as effectively today as in decades past. Rather it is a state under siege from a radical syndicate of terror groups loosely aligned together with the goal of creating an extremist jihadist state in South Asia. They want to hijack Pakistan and its weapons. …

Yesterday the representative of the Pakistan Human Rights Commission said that Shahzad Saleem was in the custody of the ISI. He added: ”œThe ISI is the major human rights abuser in Pakistan and it frequently keeps abusing and torturing those journalists it disagrees with.”

And now Shahzad Saleem is no more than a corpse. The ISI remains above the law. 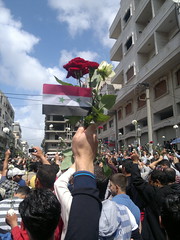 Al Qaeda will have a tough time regrouping after this year’s blows: the Arab revolutions discredited al Qaeda’s violent jihadist message, then the raid on bin Laden’s Abottabad compound killed the messenger.

Foreign Affairs – Since it was founded almost 25 years ago, al Qaeda has proved an impressive survivor, weathering, among other things, ferocious counterterrorism campaigns, the loss of its state sponsors, schisms within the broader Sunni jihadist movement, and the defection or capture of key lieutenants. Indeed, one of Osama bin Laden’s most impressive accomplishments was to create an organization that would survive almost anything, even his passing. Although bin Laden’s death at the hands of U.S. Navy Seals surprised most Americans, al Qaeda had long been prepared for it.

Still, bin Laden’s demise could not have come at a worse time for al Qaeda. As I wrote in my recent Foreign Affairs article (”œTerrorism After the Revolutions” May/June 2011), the Arab Spring posed a direct challenge to al Qaeda’s narrative because it offered a compelling alternative to bin Laden’s message that jihad against the United States and its allies was the key to change in the Arab world. This spring, Arabs, particularly Arab youth, proved that peaceful protest could defeat the region’s autocratic regimes without any of the violence that had tarnished al Qaeda. … 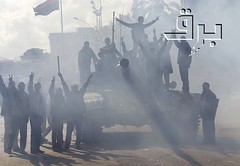 Bloomberg – In his speech last week on the Middle East, President Barack Obama left little doubt that America stands with the people of the region in their demand for change. This puts the U.S. on a collision course with Saudi Arabia.

The kingdom has emerged as the leader of a new rejectionist front that is determined to defeat popular demand for reform. One would have expected Iran to lead such a front, but instead it is America’s closest Arab ally in the region that is seeking to defeat our policy. Though the president made no mention of Saudi Arabia in his speech, in the near term, dealing with the kingdom is the biggest challenge facing the U.S. in the Middle East.

Saudi rulers have made clear that they find U.S. support for democracy naive and dangerous, an existential threat to the monarchies of the Persian Gulf. If the U.S. supports democracy, the Saudis are signaling, it can no longer count on its special bond with Riyadh (read: oil). …

Protesters opposed to leader Muammar Gaddafi chant slogans, obscured by the engine smoke of a tank of Libyan army defectors, in the city of Zawiyah, 50 km (30 miles) west of the capital Tripoli, March 1, 2011. Photo by Ø´Ø¨ÙƒØ© Ø¨Ø±Ù‚ | B.R.Q END_OF_DOCUMENT_TOKEN_TO_BE_REPLACED

Spending millions of pounds on development in Pakistan will do nothing to keep young men out of the clutches of the Taliban, according to an extensive survey of Pakistani attitudes towards extremism which will deepen the row over Britain’s aid budget.

The Telegraph – The study, conducted by researchers from prestigious American universities, found no link between poverty and support for militant groups.

The findings undermine a central pillar of the Conservative government’s radical new policy on aid, which will deliver almost £1.4bn to Pakistan over the next five years as part of a strategy to protect Britain from terrorist attack. … END_OF_DOCUMENT_TOKEN_TO_BE_REPLACED

Preliminary results of that research are available below. You may sort the table by any of the columns, or click on an individual’s name for full details and reference sources. … END_OF_DOCUMENT_TOKEN_TO_BE_REPLACED

The National Interest – Probably the most significant take-away from the past few days of U.S.-Israeli dialog is to shed light on the true intentions of Israeli Prime Minister Benjamin Netanyahu regarding peace with the Palestinians. Although Netanyahu finally allowed the phrase ”œPalestinian state” to pass his lips for the first time almost two years ago, this past week in Washington provided further confirmation of what had been apparent all along: that whatever conception Netanyahu may have of such a ”œstate,” it is not a formula having any chance of becoming the basis for””to use Netanyahu’s own words from his joint appearance with President Obama on Friday”””œa peace that will be genuine, that will hold, that will endure,” or probably even what most of the rest of the world would consider a state. Netanyahu is smart enough to realize this, which is to say he is content to let the status quo endure indefinitely. Israel will maintain that status quo through brute force””military force within the territories, and political force in Washington. … END_OF_DOCUMENT_TOKEN_TO_BE_REPLACED

Asia Times Online – The brazen al-Qaeda-linked attack on the Pakistan navy’s Mehran air base in the southern port city of Karachi on Sunday night marks the violent beginning of an internal ideological struggle between Islamist elements in the Pakistani armed forces and their secular and liberal top brass.

More than 10 heavily armed militants attacked the base from three sides, blowing up several sensitive aircraft including a United States-manufactured surveillance plane. At least 20 security personnel are known to have been killed and as of late Monday morning the militants were still holding hostages in the facility.

The attack has been claimed by the Tehrik-e-Taliban Pakistan (Pakistan Taliban), but Asia Times Online contacts are adamant that the operation was orchestrated by al-Qaeda … END_OF_DOCUMENT_TOKEN_TO_BE_REPLACED

http://ow.ly/51C59 – Al Qaeda, the Taliban & Other Extremist Groups in Afghanistan and Pakistan

… your missing something worth your time …

Tehrik-e-Taliban Pakistan – Who or what are they?

Danish Institute for International Studies – When regional and Western media report about terrorism in Pakistan, they frequently and indiscriminately use the labels of ‘Pakistani Taliban’ and ‘Tehrik-e-Taliban Pakistan’ (TTP). However, it remains unclear what is exactly meant by these catchall terms.

Qandeel Siddique in this DIIS Report unpacks the concept of who/what the Tehrik-e-Taliban is. The author discusses individual components of the TTP and the spread of ‘talibanization’ across Pakistan, and she makes an effort at understanding the organization’s strength in terms of recruitment strategy, ideology and financial support. Special attention is given to the prevailing socio-economic conditions and the political history of Pakistan’s north-western region as factors giving impetus to the TTP movement.

END_OF_DOCUMENT_TOKEN_TO_BE_REPLACED

”œI am informed that the Saudi clubs have traveled to Iran without any problems and have not been insulted. They went to Tehran and Isfahan in full health and returned to their country without being offended,” the agency, which is believed to be controlled by Iran’s Revolutionary Guard, quoted Mr. Bin Hammam as saying. … END_OF_DOCUMENT_TOKEN_TO_BE_REPLACED

“I remember the Israelis, in the eighties, saying over and over again, ‘We will never talk to the PLO terrorists of Yasser Arafat’ – and they did, behind the Americans’ backs,” says Fisk.

“And if the Israelis decide it’s worth talking to Hamas, they will, behind the Americans’ backs.” 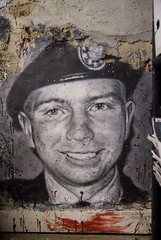 As simple as Manning’s indictment appears to be, the legal case against Assange is murky, with potentially lasting and harmful repercussions to civil liberties in this country.

The New Yorker – The coming week will mark the one-year anniversary of an unusual chapter in the unfolding WikiLeaks saga: the naming of Bradley Manning, a young military-intelligence analyst and Private First Class in the United States Army, as the source of some of the most spectacular classified leaks in this country’s history. Manning’s role as a WikiLeaks source, reported first at Wired.com, emerged from encrypted online confessions that he apparently made to Adrian Lamo””a former hacker who was secretly recording those confessions, and who later gave them to federal authorities and also made them public. By the time Wired.com published its story, on June 6, 2010, Manning had descended into a labyrinth of military detention, where he has remained (at first, for two hundred and seventy seven days without charge). Very few people have been able to talk to him, and his personal defense has not been heard. …

According to Headley, every major LeT operative had an Inter Services Intelligence (ISI) handler and all of the group’s major operations were conducted in coordination with these officers.

Foreign Policy – Lashkar-e-Taiba (LeT) had been gathering surveillance material for an attack against the Taj Mahal Hotel in Mumbai since 2006. Initial plans called for one or two fidayeen to storm an annual software conference held there and then to flee the country. According to David Headley, the Pakistani-American operative originally named Daood Gilani who conducted surveillance for the 2008 attacks, the surging jihad in Afghanistan, and eruption of violence in the Tribal Areas led to fierce ideological debates among militant outfits regarding where to focus their violence. Headley described how the aggression and commitment of those fighting in Afghanistan influenced some fighters to leave Kashmir-centric groups like LeT, which he believed contributed to LeT’s decision to “consider a spectacular terrorist strike in India.” Who initially floated the idea of upping the ante is uncertain, but between early 2008 and the summer of that year the planned one- or two-person operation expanded into a 10-person assault against multiple targets. Several of those targets were added as late as the summer — a month before the attacks were originally scheduled to occur. One of them was the Chabad House, chosen because of the credibility that would come from killing Israeli and American Jews, the most common visitors. … 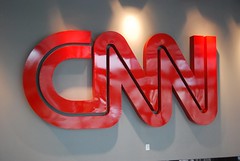 Our job should not be about speaking truth to power. Those in power know the truth …

Jadaliyya – I’ve spent most of the last eight years working in Iraq and also in Somalia, Afghanistan, Yemen, and other countries in the Muslim world. So all my work has taken place in the shadow of the war on terror and has in fact been thanks to this war, even if I’ve labored to disprove the underlying premises of this war. In a way my work has still served to support the narrative. I once asked my editor at the New York Times Magazine if I could write about a subject outside the Muslim world. He said even if I was fluent in Spanish and an expert on Latin America I wouldn’t be published if it wasn’t about jihad.

Too often consumers of mainstream media are victims of a fraud. You think you can trust the articles you read, why wouldn’t you, you think you can sift through the ideological bias and just get the facts. But you don’t know the ingredients that go into the product you buy. …