The primary exhibit for this is the most excellent offering of Chris Hayes, “All In”. His conversational interview style is well suited to deep exploration of a topic and when he has the bit between his teeth, he will uncover nuances and twists others might miss. END_OF_DOCUMENT_TOKEN_TO_BE_REPLACED 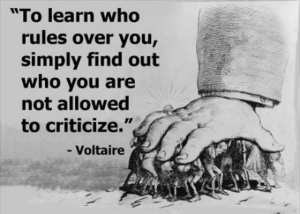 He had the audacity to question whether the right of free speech comes with a responsibility on the part of both the speaker and the listener, and got hammered for it. In other words, he took on “political correctness” and in what may be one of the grandest moments of self-reinforcing demonstration, got spanked by the very movement he sought to critique. END_OF_DOCUMENT_TOKEN_TO_BE_REPLACED

END_OF_DOCUMENT_TOKEN_TO_BE_REPLACED

1. Twitter News Head Vivian Schiller Out in Media Unit Consolidation –
Vivian Schiller, the high-profile NBC and NPR exec whom Twitter hired to run its news unit, is leaving the company. Adam Sharp will now be in charge of both news and government at the social messaging company, as part of a larger consolidation by its new head Katie Jacobs Stanton. Sharp previously ran the government unit.
The tweets on the shuffle are at the link.

Government and news, why not merge them?

2. The New York Times’ App Plan Isn’t Working So It’s Laying Off Staff
The New York Times is looking to cut about 100 newsroom jobs, or close to eight percent of its news staff, the Times reported this morning. Part of the reason for the cutbacks: The paper’s new subscription strategy, based on the idea of multiple apps, isn’t working.
The  memo, from publisher Arthur(Sulzberger) and CEO Mark (Thompson) is at the link.

The old subscription strategy, based on one app for people who subscribe to the Times for that reason, however,is still working…

I like to keep that as my private stash, but this, this was too good not to share:

It’s not just that TBOTP [ed. note: Tiger Beat On The Potomac also known as Politico.com] invited the Manson Family of American geopolitics to come together for an exercise in ensemble prevarication. It’s not just that the account of said exercise is written in the kind of cacophonous cutesy-poo necessary to drown out the screams of the innocent dead, and to distract the assembled crowd from the blood that has dripped from the wallet of the celebrity war-criminal leading the public display. And it’s not as though this was a mere interview—a “get” that could help you “win the morning (!).” In that, it might have been marginally excusable. No, this was one of Mike Allen’s little grift-o-rama special events—a “Playbook lunch,” sponsored by that noted mortgage fraud concern Bank Of America. There’s an upcoming TBOTP “event” in L.A. that is sponsored by J.P. Morgan. I know what Mike Allen is, but I am so goddamn tired of haggling about the price. Here’s how TBOTP‘s own account of the event begins.

If I could write like that, I could put away my shitty little blog and become world-famous, and have women dripping off me like rainwater in a monsoon.

END_OF_DOCUMENT_TOKEN_TO_BE_REPLACED

I am pretty sure this characterization of putrid punditry is not original to me. Still, the label occurred to me as I read Phil Donahue’s remarks in the article linked here.

Phil is complaining (rightly) about the return of right wing talking heads who have appeared in all the standard media outlets to cheer a renewed war in the middle east, whether the bombing of Syria or return to Iraq or the throttling of Iran.

And who is invited to present the opposing point of view? Count them on one finger.

So I think it is appropriate to refer to the promoters of Mission Accomplished 2 (and 3 and 4)  as  “Dickheads” with no small irony.

Now that I think about it, that’s what we used to call the legions of Richard Nixon supporters too.

and a report found at Marcy Wheeler’s site:

Dick Cheney has been in the news lately, entertaining us with his informed opinions about the situation in Syria and Iraq. It’s all Barack Obama’s fault. He pulled out of Iraq prematurely, destroying all the hope and promise that the Surge had produced for those unfortunate people. And now the Democracy, American-Style that Dick Cheney had promised the Iraqis is stillborn. You get the impression Dick Cheney doesn’t like Barack Obama, and thinks of him as a Kenyan-born usurping Muslim abortionist, destroying the pregnant future for Iraq that Cheney himself had planted in the womb of the Birthplace of Civilization. END_OF_DOCUMENT_TOKEN_TO_BE_REPLACED

A two-year-long legal battle between the country’s biggest broadcasters and a startup called Aereo is about to culminate at the U.S. Supreme Court.

The court’s decision, expected sometime this summer, could have far-reaching implications for television and technology companies — and ultimately on how people watch TV programs.

END_OF_DOCUMENT_TOKEN_TO_BE_REPLACED

For those of you who may have missed it, Edward Snowden granted an interview to Brian Williams of NBC TV. You can watch it here. Following the segment aired on television, there was an hour-long discussion on the net containing additional footage that failed to survive the cutting room. A brief piece of that footage can be seen here. 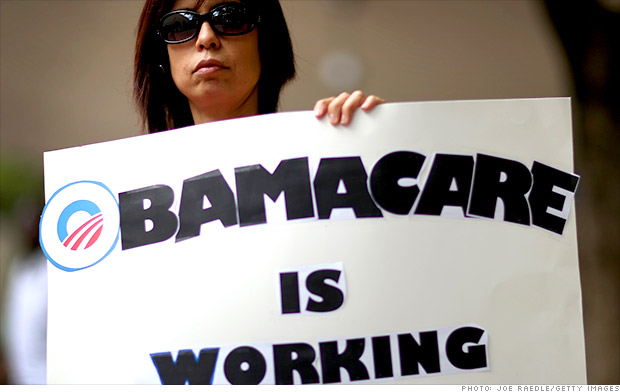 Who would ever have thought that the five stages of grief could apply to politics? And yet, Nick Gillespie (!) and  The Daily Beast gives us the first hard evidence that the GOP has reached acceptance:

Last month, even as President Obama touted the “8 million people” who signed up for individual coverage under the Affordable Care Act, he granted that the program was far from perfect—or even complete. “There are going to be things that need to be improved,” he told the press, insisting that there wouldn’t be “any hesitation on our part to consider ideas that would actually improve the legislation.”

OK then. Even though I think Obamacare is a truly epic mistake (more on that later), here are three obvious ways to make the president’s signature legislative achievement better, cheaper, and more cost-effective.

Monica Lewinsky has a column in this month’s Vanity Fair in which she opens up about The Affair.

I don’t really have to tell you which one, do I? Unless you are younger than 20, maybe 21, it would have been really hard not to be at least dimly aware of the incident that may have brought down a President. END_OF_DOCUMENT_TOKEN_TO_BE_REPLACED

Earlier today the George Polk Awards Program in cooperation with CUNY TV and the Media Law Resource Center and the Media Law Resource Center Institute, held a live conference on the divide between the government and the press over coverage of national security issues. It attempted to examine the legal basis and scope of government actions that have hampered the work of journalists and offered administration representatives an opportunity to present their case for secrecy.

Gawker has some analysis here.

Related (U) I hunt sysadmins.

It’s odd that a man who claims among his favorite guests both Stephen Colbert and Jon Stewart would have a problem with President Obama’s appearance in a comic interview on the website Funny or Die. But he does: END_OF_DOCUMENT_TOKEN_TO_BE_REPLACED