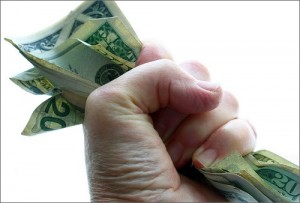 Single payer in the UK insures the whole population from cradle to grave, is immensely popular, causes many grumbles about treatment, wasted time for chronic conditions, raises life expectancy and lowers Infant mortality in the UK, with better results than the US medical system.

AT&T Helped U.S. Spy on Internet on a Vast Scale

The National Security Agency’s ability to spy on vast quantities of Internet traffic passing through the United States has relied on its extraordinary, decades-long partnership with a single company: the telecom giant AT&T.

While it has been long known that American telecommunications companies worked closely with the spy agency, newly disclosed N.S.A. documents show that the relationship with AT&T has been considered unique and especially productive. One document described it as “highly collaborative,” while another lauded the company’s “extreme willingness to help.”

AT&T’s cooperation has involved a broad range of classified activities, according to the documents, which date from 2003 to 2013. AT&T has given the N.S.A. access, through several methods covered under different legal rules, to billions of emails as they have flowed across its domestic networks. It provided technical assistance in carrying out a secret court order permitting the wiretapping of all Internet communications at the United Nations headquarters, a customer of AT&T.

The N.S.A.’s top-secret budget in 2013 for the AT&T partnership was more than twice that of the next-largest such program, according to the documents. The company installed surveillance equipment in at least 17 of its Internet hubs on American soil, far more than its similarly sized competitor, Verizon. And its engineers were the first to try out new surveillance technologies invented by the eavesdropping agency.

One document reminds N.S.A. officials to be polite when visiting AT&T facilities, noting, “This is a partnership, not a contractual relationship.”

You’ll no doubt recall the hue and cry when Barack Obama was awarded the 2009 Nobel Peace Prize for his stand on nuclear non-proliferation and his attempts to engage the Muslim world. Both the right and left in this country had great sport at this — and here I’ll agree — premature awarding of a prize to a man with few signal accomplishments in foreign policy, apart from being “not Bush”.

Six years later and I think it’s time to give him the Prize for real this time. Think about this past year: for a man who started his administration hoping to hit singles and doubles in foreign policy (consumed as he had to be by the domestic economic crisis), he’s kind of knocked a couple out of the park, provoking admiration from aboard and from mainstream Americans, and consternation from the idiot fringe that will sit on perches and poop all day, parroting “Obama bad, BRAWK!” END_OF_DOCUMENT_TOKEN_TO_BE_REPLACED

CIA Director John Brennan is planning a major expansion of the agency’s cyber-espionage capabilities as part of a broad restructuring of an intelligence service long defined by its human spy work, current and former U.S. officials said.

The proposed shift reflects a determination that the CIA’s approach to conventional espionage is increasingly outmoded amid the exploding use of smartphones, social media and other technologies.

U.S. officials said Brennan’s plans call for increased use of cyber capabilities in almost every category of operations — whether identifying foreign officials to recruit as CIA informants, confirming the identities of targets of drone strikes or penetrating Internet-savvy adversaries such as the Islamic State.

Several officials said Brennan’s team has even considered creating a new cyber-directorate — a step that would put the agency’s technology experts on equal footing with the operations and analysis branches, which have been pillars of the CIA’s organizational structure for decades.

Via emptywheel: After Failing at the White House, Then Illegally Hacking SSCI, Brennan Wants Cyber

END_OF_DOCUMENT_TOKEN_TO_BE_REPLACED

The open source revolution is coming and it will conquer the 1% — ex CIA spy.

I posted this as a comment on a previous thread but it deserves more attention. Read at the link:

For those of you who may have missed it, Edward Snowden granted an interview to Brian Williams of NBC TV. You can watch it here. Following the segment aired on television, there was an hour-long discussion on the net containing additional footage that failed to survive the cutting room. A brief piece of that footage can be seen here.

A sergeant in the L.A. County Sheriff’s Department compared the experiment to Big Brother, even though he went ahead with it willingly. Is your city next?

The Atlantic, By Conor Friedersdorf, April 21

This is the future if nothing is done to stop it.

In a secret test of mass surveillance technology, the Los Angeles County Sheriff’s Department sent a civilian aircraft* over Compton, California, capturing high-resolution video of everything that happened inside that 10-square-mile municipality.

Compton residents weren’t told about the spying, which happened in 2012. “We literally watched all of Compton during the times that we were flying, so we could zoom in anywhere within the city of Compton and follow cars and see people,” Ross McNutt of Persistence Surveillance Systems told the Center for Investigative Reporting, which unearthed and did the first reporting on this important story. The technology he’s trying to sell to police departments all over America can stay aloft for up to six hours. Like Google Earth, it enables police to zoom in on certain areas. And like TiVo, it permits them to rewind, so that they can look back and see what happened anywhere they weren’t watching in real time.

Pax Americana continues to crumble before our eyes. The belief that the United States has a divinely-inspired obligation to police the entire world has always been most strongly held among Americans themselves; some of the beneficiaries of this largesse, such as the Vietnamese and most recently the Iraqis, never quite showed the gratitude America felt it had earned by bringing them liberty, freedom, justice, and a Starbucks Grandé Mocha every morning on their way to work. Of course, it takes a lot of effort to keep Americans invested in the Pax Americana dream, especially since to make the dream mean anything the U.S. has to have “boots on the ground” in strange places that seem to have little to do with American security. END_OF_DOCUMENT_TOKEN_TO_BE_REPLACED

Earlier today the George Polk Awards Program in cooperation with CUNY TV and the Media Law Resource Center and the Media Law Resource Center Institute, held a live conference on the divide between the government and the press over coverage of national security issues. It attempted to examine the legal basis and scope of government actions that have hampered the work of journalists and offered administration representatives an opportunity to present their case for secrecy.

Gawker has some analysis here.

Related (U) I hunt sysadmins.

AFP via Truthdig – A public row erupted Tuesday between the CIA and the US lawmakers who oversee its intelligence work, with the agency’s director angrily denying claims it spied on Senate staff.

The CIA searched computers intended to be used solely by the Senate Intelligence Committee in an apparent effort to determine how committee staff members gained access to a draft version of an internal agency review of its controversial interrogation program, U.S. officials said.

The action, some officials say, would mark the first time a U.S. intelligence agency has accessed congressional computers and would be an apparent violation of the constitutional principle of separation of powers.

So the CIA finally decided that Senators are people, too?

END_OF_DOCUMENT_TOKEN_TO_BE_REPLACED

ATT wants to spy on all your Traffic, and has proposed an Internet standard, so that anybody can do it, anywhere in the world. To us, this seems like a BAD idea. Their bad idea involves decrypting any traffic you send via HTTPS, looking at it, then re-encrypting it and sending it to wherever you wanted it to go. Some call this a Man-In-The-Middle (MITM) attack. ATT’s proposed Internet standard, an IETF proposal, would make it part of the Internet protocol collection, to be adopted by ISPs and others around the world.

One has to wonder why ATT would “stick its neck out” this way. Surely they realize that asking people to trust them after spying on you is unlikely to result in a favorable response. Here are two possibilities, both reasonably likely.
END_OF_DOCUMENT_TOKEN_TO_BE_REPLACED

Radack said she was “stone face cold” during the interrogation but afterward was shaking and in tears. “How did he know to bring up those names?”

Notably, Radack mentioned she was told she was on an “inhibited persons list.” Jennifer Robinson, an Australian human rights lawyer who has represented WikiLeaks, discovered she was on this list in April of 2012.
END_OF_DOCUMENT_TOKEN_TO_BE_REPLACED

The leaked document indicates the 2012 passenger tracking operation was a trial run of a powerful new software programme being developed jointly with the US’s National Security Agency (NSA), CBC reports.

Such was the volume of data that CSEC could even track the travellers’ movements back to the days before they arrived at the airport, the experts say.