Desolate and lone
All night long on the lake
Where fog trails and mist creeps,
The whistle of a boat
Calls and cries unendingly,
Like some lost child
In tears and trouble
Hunting the harbor’s breast
And the harbor’s eyes.

… Carl Sandburg wrote that. (the rest by member worldwise/Don) Poems are personal. Sandburg captures simply, beautifully and succinctly the feeling, his feeling, of what it is to be lost.

Today, and over the past few days, I have heard similar sentiments expressed as people say that they no longer recognize their country. They feel lost. END_OF_DOCUMENT_TOKEN_TO_BE_REPLACED

We bury the dead in convenient haste,
my family.
A legacy perhaps.
We were pioneers
and those who struggle have little time for Death.
The act is stark, a black-and-white thing to do.
The Puritan knife that was our Will
carved a narrow way of life,
for all that life’s variety.
By a dying fire, good hunters, cleaning our weapons,
we turn, curious, in our hands
bits of lives that met our blade
but did not turn it:
a summer bluejay;
a favorite mare;
the odd young Englishman to cut the hay one year;
the son who drowned – was it accidental? –
big snows,
short summers
and a full table.
Death
was a held        breath.

Faces in the Street

They lie, the men who tell us in a loud decisive tone
That want is here a stranger, and that misery’s unknown;
For where the nearest suburb and the city proper meet
My window-sill is level with the faces in the street —
Drifting past, drifting past,
To the beat of weary feet —
While I sorrow for the owners of those faces in the street.
And cause I have to sorrow, in a land so young and fair,
To see upon those faces stamped the marks of Want and Care;
I look in vain for traces of the fresh and fair and sweet
In sallow, sunken faces that are drifting through the street —
Drifting on, drifting on,
To the scrape of restless feet;
I can sorrow for the owners of the faces in the street.

END_OF_DOCUMENT_TOKEN_TO_BE_REPLACED

If you speak Mandarin, your brain works differently. That’s according to a recent study published in the Proceedings for the National Academy of Sciences. The report is the first to conclude that those who speak tonal languages like Mandarin exhibit a very different flow of information during speech comprehension, using both hemispheres of the brain rather than just the left, which has long been seen as the primary neurological region for processing language.

After analyzing brain imaging data from Mandarin and English speakers listening their respective languages, researchers from Peking University and other universities found that native Mandarin speakers and native English speakers both showed evidence of activity in the brain’s left hemisphere. But Mandarin speakers also saw activation in the right hemisphere, specifically in a region important for processing music, via pitch and tone, that has long been seen as largely unrelated to language comprehension.

Since at least the 1950s, researchers in the field of neurolinguistics have been questioning how languages influence perception, and physiological behavior. This latest study supports one emerging theory, connectionism, that maintains that some languages require interactions across the entire brain. The findings are important for better protecting language-related regions during brain surgery as well as understanding the “constitution of knowledge of language, as well as how it is acquired,” according to the study.

The Guardian, By Charlotte Higgins, January 29

Sappho is one of the most elusive and mysterious – as well as best-loved – of ancient Greek poets. Only one of her poems, out of a reputed total of nine volumes’ worth, survives absolutely intact. Otherwise, she is known by fragments and shards of lines – and still adored for her delicate outpourings of love, longing and desire.

But now, two hitherto unknown works by the seventh-century lyricist of Lesbos have been discovered. One is a substantially complete work about her brothers; another, an extremely fragmentary piece apparently about unrequited love.

END_OF_DOCUMENT_TOKEN_TO_BE_REPLACED 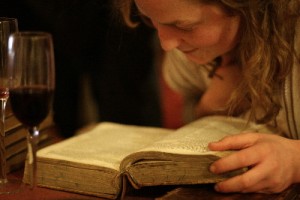 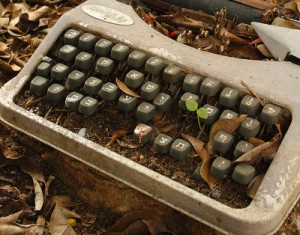 Six months ago, I put up a post about poetry, commenting on why I think it matters and the state of poetry today. I asked, “What poets/poems enrich your life?”, which didn’t seem to strike much of a chord among our readership – not really surprising, actually.
END_OF_DOCUMENT_TOKEN_TO_BE_REPLACED

My addition to this poem, Flanders Fields, was originally over at Ian’s place.

I hope it’s taken in the spirit it’s meant, as my thoughts on this day;

In Flanders Fields the poppies blow
Between the crosses row on row,
That mark our place; and in the sky
The larks, still bravely singing, fly
Scarce heard amid the guns below.

We are the Dead. Short days ago
We lived, felt dawn, saw sunset glow,
Loved and were loved, and now we lie
In Flanders fields.

END_OF_DOCUMENT_TOKEN_TO_BE_REPLACED

It’s my turn in the Other Horizons roster this week, the new weekly feature in which Agonist writers take an opportunity to post on subjects outside the usual diet of politics and foreign policy. I’d been wondering what to write about before Friday, when events forcibly took over and dictated for me what I’d be thinking about and writing about for days, a set of issues that because of experiences I feel very strongly about indeed.

Then last night it came to me that I could write something personal, because it is something I rarely do. That would be a “new horizon” for me. Maybe about some poetry or about my own faith – two other things that have had huge influences on my life and which I never write about because I’m always so busy with politics or foreign affairs. Poetry was my first writing love, my first reading love – if I’m driven to write on a blog daily nowadays its a redirection of that passion to get thoughts to cohere in an economy of the written word. My faith drives my entire life, but its something I rarely talk about in writing except in passing – it is my faith and I don’t expect you to share it, convert to it or even be all that respectful of it. (It seems to me that someone who says they have faith and then gets all booty hurt because others don’t share it, even if they laugh, isn’t showing the kind of faith they say they have.)

So then I thought I might combine the two.

END_OF_DOCUMENT_TOKEN_TO_BE_REPLACED

This is the best 53 minutes of radio I have heard for some time. Enjoy!

Billy brings out a new side of Woody that I was not aware of. 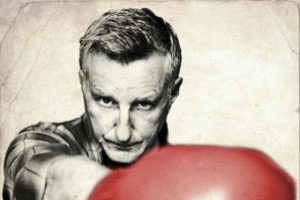 New York – The NFL and the referees’ union reached a tentative contract agreement at midnight Thursday, ending an impasse that began in June when the league locked out the officials and used replacements instead.

“Our officials will be back on the field starting tomorrow night” for the Cleveland-Baltimore game, Commissioner Roger Goodell said after a day of marathon negotiations.

With Goodell at the table, the sides concluded two days of talks with the announcement of a tentative eight-year deal, which must be ratified by 51 percent of the union’s 121 members. They plan to vote Friday.

Our long national nightmare is over.

Welcome to Tuesday Muse, the successor to A Poem for Tuesday. Think of it as “A (Poem + Painting + Spoken Word + Music + Performance Art + Sculpture + Noise + Mash + Animation + Story + Photography + Public Art + Multimedia + Theater Performance + Anything Art) for Tuesday.” Today: Playing for Change, whose muse builds a song by having a crew travel the world to record one stellar musician after another, sometimes in remote outdoor locations, in such a way that each musician can hear and play to what the others have done while adding his or her own piece. It’s like building a choir a person at a time while leapfrogging assumed barriers of geography, genre, and culture. It’s also grown to be about more than songs: PFC is now building music schools in impoverished locales and is sponsoring social-change concerts. Founder Mark Johnson explains here how PFC’s recording process works. And here is their version of Gimme Shelter:

Funny: even before Sean Paul Kelley announced that he needed to do something new, I felt I needed to do something different with A Poem for Tuesday. It’s been working at me for a while now, and I’m happy to say that next Tuesday I’ll do it. A Poem for Tuesday will expand to become Tuesday Muse: a space where I’ll feature any and all creativity: visual arts, music, poetry, dance, performance, film, stories, animation, noise, you name it. No limits. If it’s art, it will be here. (Feel free to send suggestions my way.) It’s a big world. Let’s celebrate more of it. To christen the change, here is something by one of the few poets who I’ve repeated in this space: the late, great Lucille Clifton.

who
”¨can blame her for hunkering”¨
into the doorwells at night,
”¨the only blaze in the dark”¨
the brush of her hopeful tail,”¨
the only starlight”¨
her little bared teeth?

and when she is not satisfied”¨
who can blame her for refusing to leave,
”¨Master Of The Hunt, why am i
”¨not feeding, not being fed?