The 2010 BP oil spill in the Gulf of Mexico caused an unprecedented number of fatal diseases in roughly 1,300 dolphins over the course of five years, according to a new study by the National Oceanic and Atmospheric Administration.

Up to now, the link between oil spill exposure and dolphin deaths has been inconclusive, but this study changes that. The results are from a forensic investigation that was part of NOAA’s long-term ecological analysis of the Deepwater incident that began in 2013. The spill itself leaked 4.9 million barrels of oil into the Gulf over five months in 2010.

“No feasible alternatives remain that can reasonably explain the timing, location and nature of this increase in death,” co-author Stephanie Venn-Watson of the National Marine Mammal Foundation in San Diego said in a Wednesday press conference.

Newly signed law is one of several across the U.S. to curtail municipal governments’ power

On Monday, Republican Gov. Greg Abbott signed a law that prohibits bans of hydraulic fracturing altogether and makes it much harder for municipal and county governments to control where oil and gas wells can be drilled. Similar efforts are cropping up in states including New Mexico, Ohio, Colorado and Oklahoma, where both chambers of the legislature have passed a bill that limits local governments to “reasonable” restrictions on oil and gas activities.

This is all part of a broader legislative and judicial effort, backed by the oil industry, to limit local governments’ ability to regulate drilling. Backers say that both the Oklahoma and Texas bills were proposed in response to a voter-approved ban on fracking in Denton, Texas, in November.

Every week since 1944, Baker Hughes Inc. would release its survey of how many rigs were out drilling for U.S. oil and gas. And every week, oil and gas traders would, for the most part, overlook it.

What a difference a slide in oil of $50 (U.S.) a barrel makes. This past Friday, traders were bent over their desks, staring at their screens, waiting for 1 p.m. ET to see whether drillers extended their biggest-ever retreat from U.S. oil fields. (They did.) Oil futures spiked within minutes of the count, closing at the highest level in four days.

“I don’t think I’ve heard ‘Baker Hughes’ more in my life than I have in the past month,” Dan Flynn, a trader at Price Futures Group in Chicago, said by phone recently. “It’s like I’m saying it in my sleep.”

The sudden interest in Houston-based Baker Hughes’s rig counts shows how desperate traders have become to find the bottom of the oil market after the biggest collapse since 2008. The company, which was Hughes Tool Co. 71 years ago when it first released the weekly count, is the third-biggest oil field service provider in the world.

This is the brutal irony: drillers are hoping that rising production achieved with greater efficiencies allows them to meet their interest costs; but rising production pressures the price of oil to a level that may not be survivable long-term for many of them. They can lose money, burn through cash, and keep themselves above water through asset sales for only so long. And this is the terrible fracking treadmill they’ve all gotten on and now can’t get off.

The US Senate will hold a hearing next week on the controversial Keystone XL oil pipeline that has been fiercely opposed by environmentalists and some Democrats.

The Senate Energy and Natural Resources Committee said it would hold the hearing on legislation to approve the pipeline project on January 7, after the chamber falls under Republican control.

In November, the Senate — while still under Democratic control — rejected by a single vote a bill that would have approved construction of the 1,179-mile (1,900 kilometer) pipeline.

After two years of inaction on the Keystone XL pipeline, it could be a Louisiana Senate run-off that finally forces Congress to vote on the measure.

The so-called Bayou Brawl was on full display on Capitol Hill Wednesday as the two candidates – Democrat Sen. Mary Landrieu and Republican Rep. Bill Cassidy – raced to be first to hold a vote on the Keystone XL pipeline.

Fresh off the campaign trail, Landrieu, D-La., implored Senate Republicans Wednesday to allow a vote on the Keystone XL pipeline in the lame duck session, saying it would be a good moment for future Senate Majority Leader Mitch McConnell to work in a bipartisan manner.

“I believe it is time to act. I believe that we should take the new majority leader at his word and stop blocking legislation that is broadly supported by the American public and has been for quite some time,” Landrieu, chairwoman of the Senate Energy and Natural Resources committee, said on the Senate floor. “I want to say yes to majority leader, to new majority leader Mitch McConnell. The time to start is now.”

But Republicans on the other side of the Capitol are working swiftly to hold a vote of their own on the pipeline, a measure that is sponsored by Landrieu’s opponent Cassidy. The House Rules Committee announced it was holding a meeting Wednesday night to consider the Keystone XL pipeline bill, described as an “emergency measure,” and House Majority Leader Kevin McCarthy said the measure would be considered on the House floor Thursday.

The Senate agreed to hold a vote on Keystone XL as early as Tuesday.

On Tuesday, Bloomberg News reported that Senate Democrats were considering holding a vote on Keystone XL to help Landrieu in her December 6 run-off in Louisiana. Sen. John Cornyn, R-Texas, called the idea a “bad joke.” 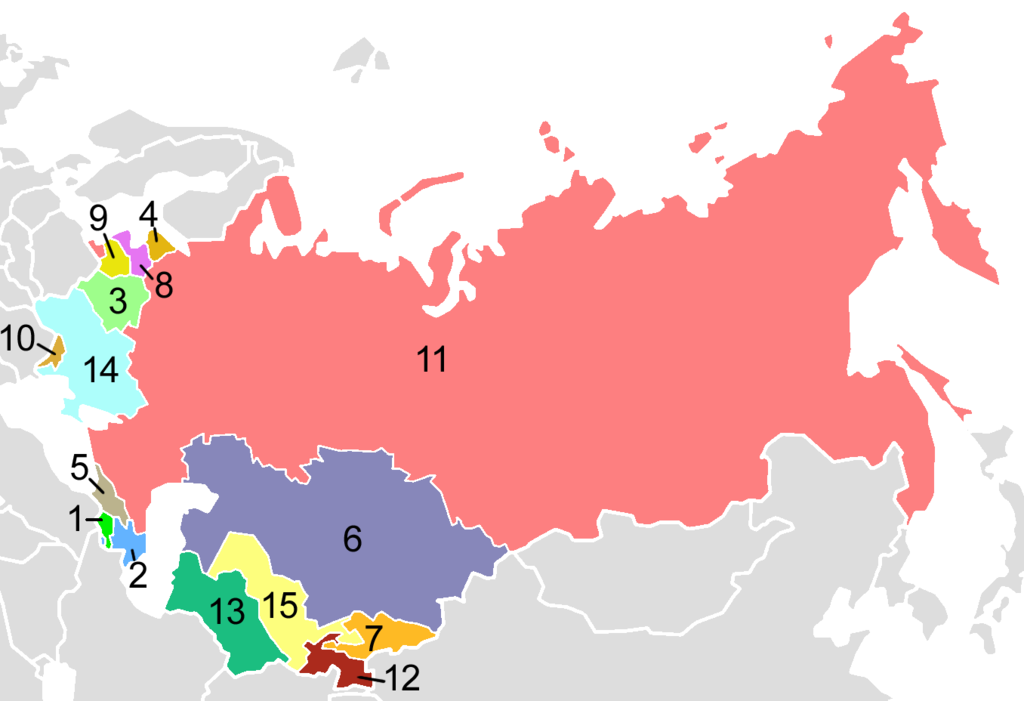 Putin is on the horns of a dilemna. For the first time since the dismantling of the Soviet Union, Russia faces a severe economic crisis – after enjoying years of relative prosperity – and she has a warmongering chief executive. This is a nexus of events that will shape and define Russia for at least the next decade.

END_OF_DOCUMENT_TOKEN_TO_BE_REPLACED

According to BP, drivers whose vehicles rely on burning oil have a little more than a half-century to find alternate sources of energy. Or walk.

BP’s annual report on proved global oil reserves says that as of the end of 2013, Earth has nearly 1.688 trillion barrels of crude, which will last 53.3 years at current rates of extraction. This figure is 1.1 percent higher than that of the previous year. In fact, during the past 10 years proven reserves have risen by 27 percent, or more than 350 billion barrels.

The increased amount of oil in the report include 900 million barrels detected in Russia and 800 million barrels in Venezuela. OPEC nations continue to lead the world by having a large majority of the planet’s reserves, or 71.9 percent.

As for the United States, which lately has been ramping up oil extraction through horizontal drilling and hydraulic fracturing, or fracking, BP says its proven oil reserves are 44.2 billion barrels, 26 percent higher than in BP’s previous report. This is more than reported most recently by the U.S. Energy Information Administration, which had raised its own estimate by 15 percent to 33.4 billion barrels.
END_OF_DOCUMENT_TOKEN_TO_BE_REPLACED

Hege-Money: Hege-money, (“leadership” and “rule”) is an indirect form of government, and of imperial dominance in which the hege-money-lender (lending institutions) subordinate states by the power of money, rather than by the threat of force.

This is an extrapolation of the behaviour of two sets of Powers. It considers the hidden agendas on both sides, and because it is both explanatory and tries to project the possible motives, it is speculation.

END_OF_DOCUMENT_TOKEN_TO_BE_REPLACED

The State Department is set to release a final environmental analysis of the proposed Keystone XL oil pipeline on Friday, according to sources, setting the stage for a months-long endgame in one of the Obama administration’s most intractable environmental controversies.

The department has repeatedly concluded — most recently in a draft study in March — that the Alberta-to-Texas pipeline would pose little environmental risk, despite sharp objections from climate activists and some scientists. But some activists took heart from President Barack Obama’s promise in June that the pipeline would be acceptable “only if this project does not significantly exacerbate the problem of carbon pollution.”

Bloomberg was reporting Thursday night that the new report “will probably disappoint environmentalists and opponents of the Keystone pipeline, according to people who have been briefed on the draft of the document.” But other sources were unable to confirm that late Thursday night.

The report is not the final word on Keystone — the State Department still must study whether building the pipeline would be in the U.S. national interest, with the final call going to Secretary of State John Kerry and then Obama. But it will be a long-awaited milestone for both pipeline developer TransCanada and the throngs of activists who have elevated the once-obscure pipeline project to a crucial test of the president’s seriousness on climate change.

The U.S. State Department is preparing a report that will probably disappoint environmental groups and opponents of the Keystone pipeline, according to people who have been briefed on the draft of the document.

While the report will deviate from a March draft in some ways to the liking of environmentalists, the changes won’t be as sweeping as they had sought, several people familiar with the government’s deliberations over the review told Bloomberg News. Changes could still be made to the report before its release, which may come tomorrow.

The March report concluded that the Canada-U.S. oil pipeline would have only a minimal impact on carbon emissions, because the oil sands in Alberta will be developed anyway. Several people briefed on the findings, who spoke on the condition of anonymity to discuss private conversations, said they expect the final report will track that conclusion.

The US and Iran are negotiating to end the over 33 years of lack of diplomatic recognition and the US-led sanction on Iran. This effort causes the Right Wing Israeli Government to scream “Nooooooo…”.

Consequently AIPAC is putting pressure, successfully we’d assert, on the US congress to pass laws which say ‘We’ll have none of that, in THIS house, thank you,” like some dowager aunt, who has an unshakable belief in her own moral values, after being a libertine in her youth.

To us it makes good sense for Iran to have a nuclear program for two reasons, first to counter Israel’s nuclear program with which it threatens its close neighbors, including Iran, and second to provide a lever to force the US to negotiate; without an Iranian nuclear program, the US and Iran would probably not be negotiating anything.

END_OF_DOCUMENT_TOKEN_TO_BE_REPLACED

As we now know, the NSA and its minions have penetrated CPU BIOS, Disk firmware, Operating systems, web sites, hacked the net, spoofed TCO responses and generally acted as the biggest bad-ass hackers on the planet. Their goal was universal spying and data acquisition, regardless of whether or not you were innocent. They wanted it ALL!

But to get it, the NSA enlisted the aid of some of the major American tech vendors! The CLAIM was that they were doing this to protect Americans from “terror.” It now seems that the claim was just another lie; they wanted information on everyone, Americans and non-Americans alike. History has shown that when the State wants to accumulate information on all its citizens, the reason is CONTROL, not protection. Every time a nation gathers information, sooner or later it becomes blackmail material; former FBI director J. Edgar Hoover was known to have files on all sorts of people: politicians, actors, activists, negro leaders. SOME of those files may have enabled him to keep his job through several US Presidencies. State abuse of personal information is the reason why Privacy became an item worth enshrining in the Constitution of the United States of America.  END_OF_DOCUMENT_TOKEN_TO_BE_REPLACED