So it looks like Puerto Rico has some fun weekend plans. After months of staggering under its $72 billion debt load, the island is expected to miss a bond payment due Saturday, which—despite what some government officials have claimed—means the island is probably heading for default. (We won’t know for sure whether it happens until Monday, according to Reuters, since the cash isn’t due until the next business day).

Think of this as a gentle warmup for a much bigger confrontation over Puerto Rico’s debt that’s still to come. The government is set to skip a relatively small $58 million payment on a set of bonds largely owned by Puerto Rican credit union members, who—unlike the many hedge funds among the island’s creditors—aren’t especially likely to sue for their money. Even if they did, not much would come of it, since the debts in question are “moral obligation” bonds—so-called because issuers only have a moral (ha), but not legal, obligation to pay them back.

Still, as Bloomberg puts it, this is basically Puerto Rico’s “warning shot to investors that officials aren’t afraid to default.” The island says it simply doesn’t have the cash flow to cover its obligations (which may well be true), and is working on a debt-restructuring plan it should have done by Sept. 1. But by skipping this weekend’s payment, it’s signaling to creditors that they should really consider making a deal or risk getting stiffed. Whether the act of defaulting on a group of credit-union members who lack much in the way of legal recourse will intimidate some steely hedge funders remains to be seen.

By now it’s a Republican Party tradition: Every year the party produces a budget that allegedly slashes deficits, but which turns out to contain a trillion-dollar “magic asterisk” — a line that promises huge spending cuts and/or revenue increases, but without explaining where the money is supposed to come from.

But the just-released budgets from the House and Senate majorities break new ground. Each contains not one but two trillion-dollar magic asterisks: one on spending, one on revenue. And that’s actually an understatement. If either budget were to become law, it would leave the federal government several trillion dollars deeper in debt than claimed, and that’s just in the first decade.
END_OF_DOCUMENT_TOKEN_TO_BE_REPLACED

END_OF_DOCUMENT_TOKEN_TO_BE_REPLACED

I wrote a few weeks ago that the Tea Party was a drying wart on the American political landscape, a view cinched last night:

FORTUNE — Tactically, the Republican establishment is routing the Tea Party. The insurgency’s backslide has been apparent all year, as its handpicked challengers to GOP incumbents failed to gain traction, groups representing it in Washington overreached, and the deficit concerns stoking its base waned. But yesterday, the “backslide” slid right back off a cliff. Tea Party-backed candidates in three key primary races suffered decisive losses in Kentucky, Georgia, and Idaho.

With the handwriting on the wall, deep-pocketed conservative sponsors huddled last Thursday and stewed over how to force the GOP to double down on hard-right policy positions. Those include opposition to a big immigration deal, same-sex marriage, and abortion rights — issues toxic to the imperative of broadening the party’s demographic coalition. But the movement’s electoral drubbing suggests its grip on the Republican agenda may finally be breaking.

The question is what will replace it. Senate Minority Leader Mitch McConnell, one of the big victors in yesterday’s contests, was explicit with Fortune earlier this year that Senate Republicans will not unify behind a governing vision before the November midterms. And even if a more moderate brand of Republicanism is ascendant, the term itself remains relative — and murky.

END_OF_DOCUMENT_TOKEN_TO_BE_REPLACED

Despite claims to the contrary, the US has a state-sponsored and supported religion.

The high priest of this religion is the Chairman of the US Federal Reserve. He makes religious pronouncements, which have enormous effect, and do little to explain the dogma – rather they make understanding the dogma more difficult. The goal is to confuse the masses, and insulate the priesthood. Clearly, only He can talk directly to God, because when he explains, the message is incomprehensible. END_OF_DOCUMENT_TOKEN_TO_BE_REPLACED

So it seems that the historic bi-partisan budget deal in the House last week – historic, in that it’s been years since we didn’t just pass a Continuing Resolution to fund the government –  is falling on enough deaf ears in the Senate to be a problem: 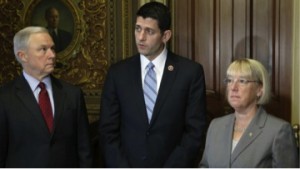 The prospect that the budget would clear the cloture hurdle brightened Monday, when three GOP senators — Orrin Hatch of Utah, Johnny Isakson and Saxby Chambliss of Georgia — announced that they would vote yes. A fourth, Sen. Ron Johnson of Wisconsin, expressed his support on Sunday. Sens. John McCain and Jeff Flake of Arizona also said they would vote in favor of cloture last week.

But unlike in the House, where Speaker John Boehner aggressively battled conservative groups trying to kill the bill, GOP leaders in the Senate are signaling opposition, or at least resistance, to the package.

Senate Minority Leader Mitch McConnell of Kentucky has not said which way he will vote Tuesday, but he is widely expected to oppose the measure. Similarly, Senate Minority Whip John Cornyn of Texas announced his opposition Monday morning on his campaign’s website — a step his Senate office was unwilling to take. It was later deleted after reporters from The Associated Press asked for confirmation of a Cornyn quote that appeared on the Internet site Breitbart.com.  END_OF_DOCUMENT_TOKEN_TO_BE_REPLACED

Christmas came a few days early for corporate interests and won’t arrive for the jobless as a result of the budget deal just announced.  Seeking to avoid the public relations disaster of the last budget fight, Republican negotiator Rep. Paul Ryan worked out a deal to avoid another dust up.   Senator Patty Murray (D-WA), represented the Obama administration

The deal restores some of the cuts from the sequestration process, mainly to defense programs.  It is described as a “small deal” that fails to do much for either deficit reduction or to promote economic growth.

There is no provision for extending Emergency Unemployment Insurance benefits.  Between Christmas and New Years, 1.3 million citizens will lose their benefits.  Another 850.000 will lose benefits by the end of March 2014.

At the same time, airlines got some relief and the planned 24% cut to Medicare physician fees was delayed.  These rates are already low.  The restoration on fees will probably prevent the start of an exodus of physicians away from Medicare.

Some Democrats are upset that the unemployment insurance extension was left out of the budget deal and the Tea Party faction of Republicans complained that there the deal does nothing about deficit reduction.  They’re both right.   END_OF_DOCUMENT_TOKEN_TO_BE_REPLACED

END_OF_DOCUMENT_TOKEN_TO_BE_REPLACED 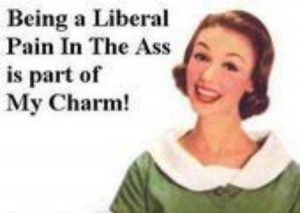 In a time of challenge and adversity, It’s human nature to want to hunker down. Some of us might even want to dig a hole, crawl into it, pull the covers over our head, and wait for trouble to roll on by. Self-preservation is perhaps the most basic human instinct…but that desire to protect ourselves and those people and things we hold dear can on occasion lead us astray.

So it is with the debate over the budget deficit. If you listen to those on the Right, Job One (besides obstructing anything and everything Barack Obama stands for) is reducing the deficit. As they see it, the deficit is the ticking time bomb that we’re handing future generations. Failing to balance the federal budget now means that our children will be paying for our sins…and besides, what family or business could be run on deficit spending? AUSTERITY!! is the battle cry, and, so the argument goes, we can’t possibly hope to pull ourselves out of the current economic slowdown until we get our fiscal house in order.

Those of us on the Left don’t necessarily downplay the importance of the deficit, and indeed many are fully in favor of reducing it. They simply don’t see reducing the deficit as the Prime Directive, the thing that needs to be done before anything else. Of greater importance in their estimation is investing in education, infrastructure, health care…the things that government is supposed to do, and things that create large numbers of well-paying jobs. As you might imagine, this is the side of the fence I come down on…and for some very good reasons.
END_OF_DOCUMENT_TOKEN_TO_BE_REPLACED

So, you know who else besides Weaker Boener stepped on his dick with the shut-down? This guy:

END_OF_DOCUMENT_TOKEN_TO_BE_REPLACED

Weaker Boener has had it.

END_OF_DOCUMENT_TOKEN_TO_BE_REPLACED 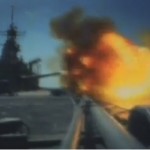 After just a little more than a day into the Great Government Shutdown of 2013, the federal government quietly called back all of the Defense Department workers who had been furloughed.  All CIA, NSA and other intelligence agency federal employees were brought back on the job as well.  In the multiple discussions that are underway in the House, the Senate, and with the Obama administration on how to solve the budget issues, no one has said anything about making cuts in the Department of Defense budget or in the broader military-industrial complex.  Talk about a third rail in politics – anything to do with defense and national security is an invisible rail that just doesn’t exist, and the thought of doing something serious about defense spending, or about United States military policy, never crosses the mind of anyone in Washington.

END_OF_DOCUMENT_TOKEN_TO_BE_REPLACED

Comes the salvage operation for the House Republican caucus:

House Republicans, increasingly isolated from even some of their strongest supporters more than a week into a government shutdown, began on Wednesday to consider a path out of the fiscal impasse that would raise the debt ceiling for a few weeks as they press for a broader deficit reduction deal.

That approach could possibly set aside the fight over the new health care law, which prompted the shutdown and which some Republicans will be reluctant to abandon.

In a meeting with the most ardent House conservatives, Representative Paul D. Ryan of Wisconsin, the chairman of the House Budget Committee, laid out a package focused on an overhaul of Medicare and a path toward a comprehensive simplification of the tax code.

END_OF_DOCUMENT_TOKEN_TO_BE_REPLACED

Boehner, responding to President Obama’s hourlong news conference, said he remained “disappointed” that Obama refused to consider talks centered on House-passed spending measures that included provisions tied to the healthcare law and that would “provide fairness” to Americans.

He also insisted that any action to raise the nation’s debt limit should be in concert with steps to limit future borrowing.

“There is going to be a negotiation here,” Boehner told reporters. “It’s time to have that conversation, not next week, not next month; the conversation ought to start today.”